If we were to travel back in time we would see that illnesses which affected our internal organs; such as the heart, digestive and spinal systems; would indeed have required extensive surgery. Not to mention all the other smaller organs, such as the intestines, vessels and brain. If those areas needed surgery, it would have been considered almost impossible.

Fast forward into our modern day and thanks to never ending medical advancements and technology, a cutting edge ultra-small image camera has been developed as a surgical tool. The world’s smallest image sensor measuring just 0.575 mm by 0.575 mm is used for more precise surgery. Patients who once dreaded major surgery are now able to relax more, thanks to less invasive and more effective surgery.

This new technology is of great benefit to the urinary tract because the ureter is one of the smallest hollow organs in the body, and is virtually impossible to reach with many types of endoscope, so the only options available were surgery, shock wave treatment, or adopting a more conservative approach. Renal colic from ureteric stones is one the most common symptoms seen in the Emergency room. Most patients say that is it the worst pain that they have ever experienced and some women say that it is even worse than the pain of childbirth!

With ongoing technological advancements and increasing experience gained by urologists in ureteroscopic skills, a flexible ureterorenoscope has become an integral aspect of the equipment used in treating kidney stones.

The main aim in the treatment of renal stones is to completely remove the stones. With the development of new flexible ureterorenoscopes and effective lithotripters such as holmium laser, this means that Retrograde Intrarenal Surgery (RIRS) has become an efficient and safe option in the management of urinary system stone disease with a gradually increased popularity

What is the RIRS procedure? 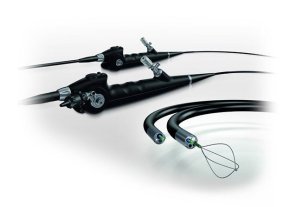 RIRS is a procedure for doing surgery within the kidney using a viewing tube called a fiberoptic endoscope and performed by a specialist, a urologist (endourologist) with special expertise in RIRS. The procedure is usually done under general or spinal anaesthesia.

RIRS may be done to remove a stone. The stone is seen through the scope and can then be manipulated or evaporated by a laser probe or grabbed by small forceps. Other than removal of kidney stones, RIRS could be used for other treatments such as tumour removal in the urinary tract.

The advantages of RIRS over open surgery include a quicker solution to the problem together with the elimination of prolonged pain after surgery, and a much faster recovery period.